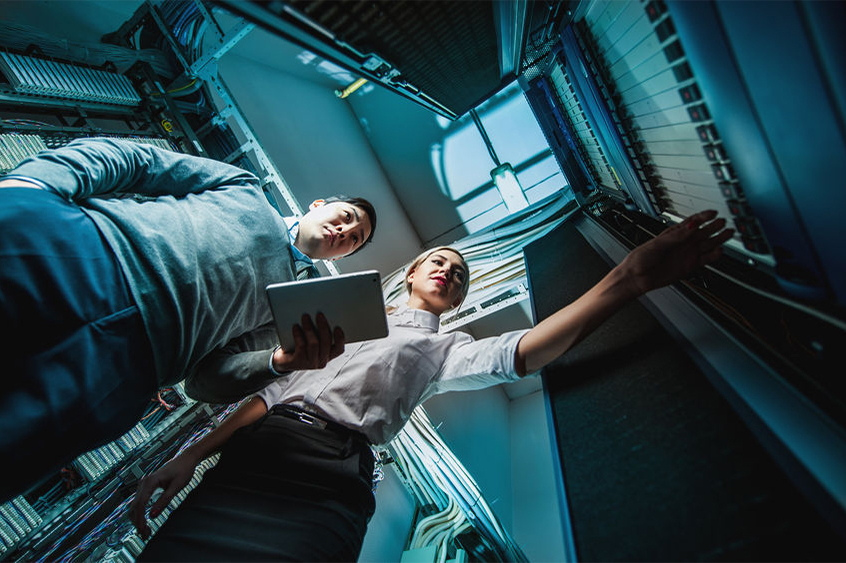 The creation of complex machines or applications is no longer a dream since the dawn of the industrial age. Everything that is impossible in the past is becoming possible with today’s technology. These days, industrial automation has made our life easier with the technological advances. Automation has helped to increase quality, productivity and flexibility in manufacturing process.

There are top 5 types of
automation products which are beneficial for industrial automation.

First and foremost, load cell is becoming increasingly popular in most of the manufacturing sectors in Malaysia due to its high performance. Load cell is a transducer that converts a force into a measurable electrical signal. Load cells use different kind of operating principles such as fluid pressure, elasticity as well as magnetostriction effect. Load cells not only affordable but also has a long service life as compared to other sensors. They are normally used for quick and precise measurements. There are many varieties of load cells in the marketplace. Hydraulic and strain gauges are the most commonly used type. Hydraulic load cells measuring weight by using a conventional piston and cylinder arrangement. When the load is applied, there is a change in pressure of the internal filling fluid by the movement of the piston and diaphragm arrangement. The pressure is then transmitted to a hydraulic pressure gauge through a high pressure hose for measurement indication.  The sensor does not contain any electric components, so it is safe to use in hazardous areas. As for strain gauge load cells, they convert the load into electrical signals. The gauges are joined to a beam that deforms when force is applied. Normally, four strain gauges are applied to achieve maximum sensitivity as well as temperature compensation. The two gauges are responsible in measuring compression whereas the other two are for tension.  So when a load is applied, the strain changes the electrical resistance of the gauges in proportion to the load. This kind of load cell is smaller than other load cells and has little influence on the temperature changes.

Pneumatic cylinders are one of the top automation products that are widely used in industrial automation. They use the power of compressed air as a medium to produce force and movement. Pneumatic cylinders can also be known as air cylinders. They produce a force by converting the energy of compressed air into kinetic force. Among so many suppliers, CKD pneumatic is the most commonly brand used in Malaysia. The operation of this pneumatic system is environmentally friendly. As the name indicates, air is the main component in the system. Air is pure and neutral without any harmful chemicals, so it is safe to use in many sectors, especially food and beverages industry. Apart from that, air is safe element and is not flammable, so it will never give you the problems like short circuit or explosion. Most importantly, the application of pneumatic cylinders will not release any pollutants into the atmosphere. Also, it is relatively stable in all sort of environment even in extreme conditions like high temperature, dust or corrosion. Besides, air is unlimited supply in our surrounding, so it is extremely easy to source, handle and transport the compressed air. In short, pneumatic cylinders have a lot of advantages.

Furthermore, automation product like
Siemens frequency inverter is one of the most beneficial solutions for machinery mechanism. Frequency inverters alter the output voltage frequency and magnitude to another frequency power through an inner power semiconductor in order to change the power, speed and torque of an electrical motor. For instance, frequency converter changes DC power to AC power or battery power to AC power. Frequency inverters made up by several compartments like rectifier, filter, inverter and many more. They are needed as long as the mechanical equipments are powered by motors. The frequency inverters are good at process control, energy saving, speed control and reduced power line disturbances. Maintenance cost of the motor controlled system can be reduced as frequency inverters maintain the optimal operating speed and reduce mechanical damage caused by violent stops and starts. Eventually, they help to prolong the service life of motor equipments. By reducing the speed of a motor, it can reduce the electricity consumption as well. Hence, frequency converter is important for all motor powered operations.

Ac drives play a major role in energy consumption and are used in a wide range of applications in Malaysia. Recently, ac drives have completely replaced dc drives due to their great advantages. Ac drives are used to adjust the speed of ac motors. Apart from that, they can convert and transfer energy from natural resources such as sun, tide or wind to the electrical network. Ac drives can act as a starter by transmitting power to the motor at a lower frequency. Slowly, they will increase the frequency and speed of the motor until it meets the desired rate. As such, they reduce the wear of the motor from massive current supply. This type of automotive product is beneficial for machinery mechanism.

In conclusion,
automation products help to elevate the product quality, reliability while reducing the energy waste and production costs. They are invented for handling both simple and complicated tasks, so they have become the industry’s most sought-after equipment.